Hackers have been quick to notice that many SAP applications, servers, and databases that were once hidden behind corporate firewalls are now exposed to the web, making them prime targets for attacks.

One common denominator in this push to the web is SAP FIORI, the design language and user experience approach that SAP developed for itself, its customers, and its partners to use in their business applications.

Applications that use the SAP FIORI design language include SAP S/4HANA and SAP C/4HANA suites, SAP Analytics Cloud, SAP Data Hub and SAP Ariba. The goal of SAP FIORI is to give designers and developers a set of tools and guidelines for quickly creating apps for any platform. 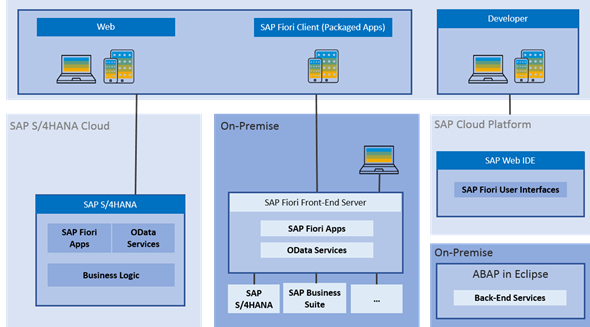 Attack attempts may be inevitable, but successful attacks are not. Here are six ways to improve your SAP FIORI security.

Take an inventory of all the ways that hackers can attack your SAP systems through SAP FIORI interfaces. Include all devices that operate both within your firewall and outside of it. Pay particular attention to mobile devices, such as tablets and phones.

2. Get the Basics Right

Make sure you are already using best practices for securing SAP systems against attacks. For example, ensure that you are:

Improve you defenses by hardening your SAP infrastructure. Start with policies and then move on to the practical. Create administrative policies, processes, procedures, and guidelines that describe how to maintain security at administrative and technical levels. Set strict hardening policies, then start monitoring compliance.

In particular, harden your gateway servers, message servers, and ICF components. Then,

Want to learn more about how to keep SAP FIORI systems secure? Don’t miss our Guide to SAP FIORI Cybersecurity

SAP FIORI Security is not a one-and-done activity. Hackers and cybercriminals never rest, so neither should you. Monitor your SAP systems 24/7 for suspicious activity. This includes activity by your users, both standard and privileged. Whenever possible, feed security data into a SIEM solution or SAP Enterprise Threat Detection to identify threats at the infrastructure layer and the business logic layer.

Continuously monitor for violations of your security policies. When you find deviations, take action immediately to remediate threats and change user behavior.

Standard OS-level antivirus programs do not recognize or address SAP cybersecurity threats. If you want to protect your SAP systems against viruses and content-based attacks, you must use security tools developed by other firms.