ERP security has long been focused on operational issues, such as permissions and segregation of duties. That may no longer be enough to keep organizations safe.

2017 was filled with headlines about major data breaches and cyberattacks, and it’s likely to get worse: 89% of security experts anticipate more cyberattacks against ERP systems in the coming years – and 30% expect the increase to be significant.

To understand whether your company’s SAP cybersecurity is at risk, it’s helpful to look back at the past year to understand what happened, which vulnerabilities are most concerning, and how SAP is addressing them.

Three of the Hot News security notes indicated major vulnerabilities to injection attacks, which is alarming as it can put sensitive data at risk. 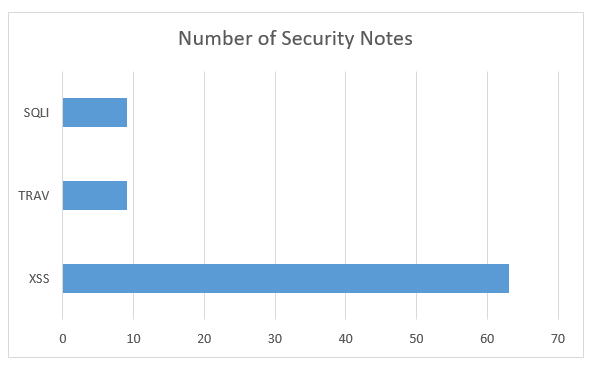 Out of the XSS-related notes in 2017, three were High Priority:

Note 2396544 is a particular one to mark. The note indicates “SAP BusinessObjects Web Intelligence HTML interface does not sufficiently encode user controlled inputs, resulting in Cross-Site Scripting (XSS) vulnerability.” In addition, the complexity of the attack is low, but has a high potential impact on data confidentiality.

SAP applications use SQL to retrieve or store records. This SQL is vulnerable to code injections that cyberattackers can use to access, manipulate, and even destroy critical records and data, giving them the opportunity to wreak massive amounts of damage.

For example, the high-priority note, 2319506, highlights an SQL injection vulnerability in database monitors for Oracle. Potential impacts of this vulnerability: reading/modification/deletion of sensitive data, unauthorized execution of commands, and even Denial of Service.

Directory traversal attacks are common on SAP systems. They take place when a cybercriminal manipulates input to the SAP application in a way that grants them access to forbidden directories on the application server beyond the application context. The attacker may then be able to launch commands and access information outside the server’s application directory, gaining access to critical system configuration files and back-end systems.

But Wait … It Gets Worse

It is vital to remember that all SAP-originated security monitoring (and resultant security notes) are only applicable for standard installations of SAP.

This is exacerbated when many companies put off reviewing security notes and installing patches, which further increases their exposure to cybersecurity risks.

But Wait … It Gets Better

SAP security notes provide helpful visibility into the fight against cyberattacks. However, they shouldn’t be the only tool in an IT or SAP team’s toolbox.

The best defense against an ever-changing field of cybersecurity threats is a solution that offers a comprehensive set of anti-virus and application security options designed specifically for SAP. Instead of waiting for security notes to be issued and eventually installing the necessary patches, the right solution will be updated as soon as new threats are discovered, resulting automatic, vigilant protection.

Want to know more about how to stay ahead of attackers and protect your SAP system? Watch our webinar, Protecting Your SAP Applications from Content-Based Cyberthreats.